Board Of Directors & Staff 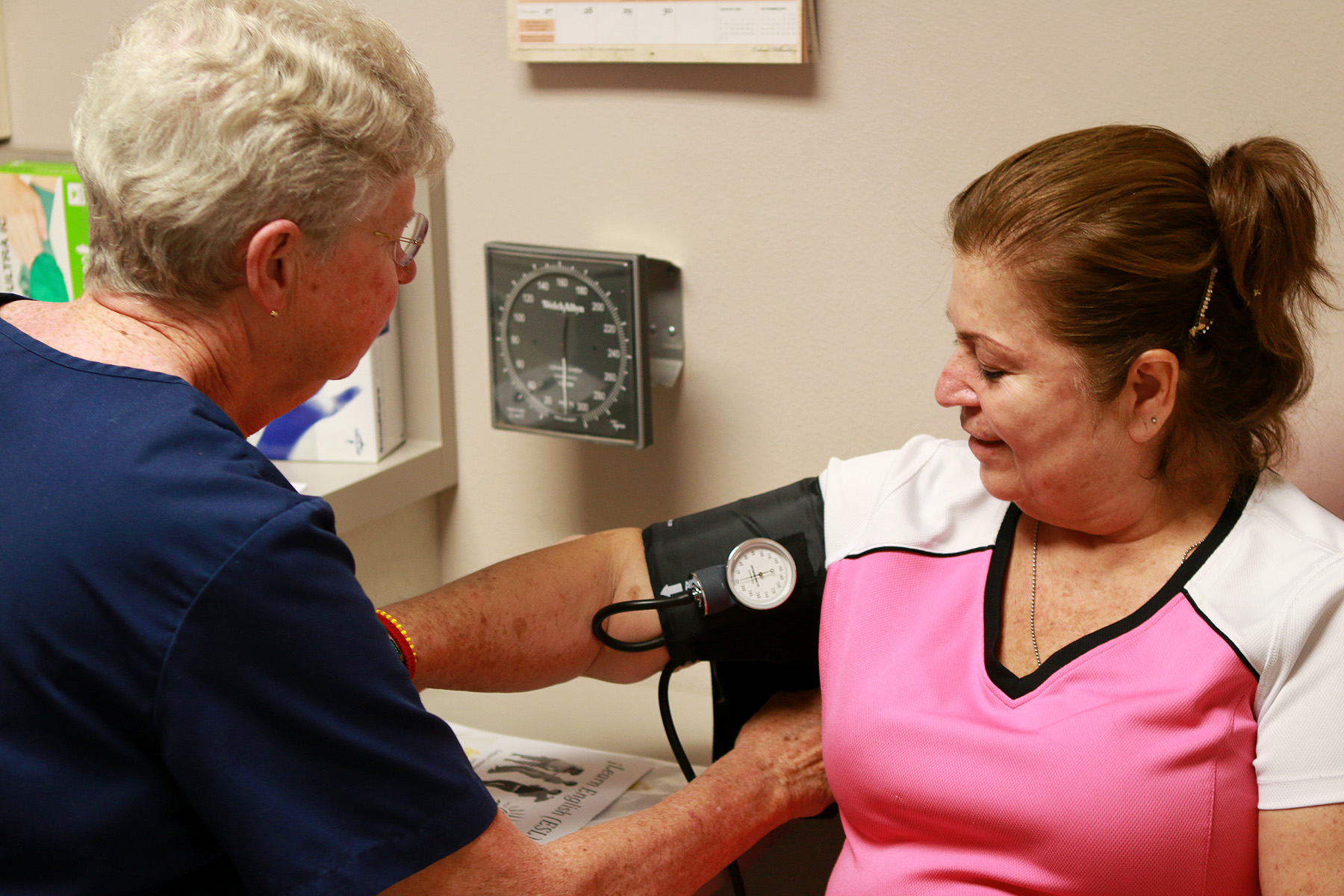 Volunteers in Medicine (VIM) is governed by an nine person Board of Directors. They have expertise in medicine, banking, law, education, accounting, insurance, data & analytics, hospital administration, non-profit, and for-profit management, giving us a well-rounded, big-picture way to look at our work and its impact on the community.

Our Board is a dedicated group, with deep roots in VIM and its mission. We are fortunate to have each of them as part of our team.

John D. Teller, MD feels that it is a privilege to support VIM as a vitally important option for health care delivery in Central Oregon. As a Board Certified Family Medicine physician at Bend Memorial Clinic, Dr. Teller brings a primary medical care perspective to VIM’s Board of Directors, representing both the volunteer providers and the patients who depend on them. John received his undergraduate degree from Oregon State University and his medical degree from Oregon Health Sciences University. He completed his residency at Lutheran Family Practice in Brooklyn, New York, as well as a short-term teaching fellowship from Michigan State University. Dr. Teller also worked as the Medical and Site Director for Legacy Clinics and as a Family Physician at HealthFirst Medical Group and Tualatin Medical Center. Dr. Teller moved to Bend 12 years ago and enjoys alpine skiing, mountain bike riding and community arts in Central Oregon.

Kate has followed VIM’s history with great interest since its inception. She admires the clinic for its core mission and believes the depth of volunteer talent that VIM has cultivated strongly positions it to adapt with health care reform, even to the point of offering the community a new level of resiliency to a changing landscape. Kate is currently employed at PacificSource Health Plans as Director of Community Health Development. She brings to the board of directors a wealth of experience in community health, resource development, fundraising, marketing and communications.

Kurt Barker has worked for VIM as an attorney for several years since moving to Bend from Portland in 2008. Prior to moving to Bend, Barker practiced labor and employment law with Stoel Rives LLP in Portland, where he focused his practice on employment-related issues. He currently serves as the Chair of Karnopp Petersen’s employment law department, where his practice continues to emphasize the defense and counsel of clients in employment matters. “It’s hard not to be inspired by the practitioners I’ve met who love their work at VIM, and by the stories of success that can be found here,” Barker said. He is also involved with numerous other organizations, including the Human Resources Association of Central Oregon (HRACO), the Deschutes County Bar Association, and the Society of Human Resources Management.

Jennifer Welander joined the Volunteers in Medicine (VIM) Board of Directors in order to support the strong linkage of services and mission between VIM and St. Charles Health System, Inc. where she serves as the Chief Financial Officer. Jennifer obtained her education in accounting from the University of Oregon and began her career at KPMG LLP in Portland. She joined St. Charles in 2009 and has been in her current role since early 2015.

“VIM plays an important role in addressing a gap in coverage that Medicaid expansion and other services have not fully addressed. It is an honor to be a member of the VIM Board and provide a direct connection to St. Charles to support the patients both organizations serve.”

Roxana owns and operates Bridges to Communication LLC, a medical interpreter service for clinics in Central Oregon. In 2010, she was appointed by Gov. Ted Kulongoski to a 25-member Oregon Council on Health Care Interpreters for a three-year term. The Council was advisory to the Oregon Department of Human Services to develop standards with respect to education, training, and testing.

After completing his corporate career as a senior leader with Procter & Gamble, he served as the Executive Director of The Performance Center, a multi-university organization conducting action-research.  He is currently CEO and a founding partner of Transformation Systems International, LLC.  He is a Past Chair and a Fellow of the American Society for Quality.

After growing up in Philadelphia, Dr. Barry Heath went to San Francisco for graduate work in Seminary and never looked East again. He has served three Presbyterian Churches in the Northwest over 24 years. After earning a Doctor of Ministry degree in Medical Ethics, he served 15 years as Director of Pastoral Care at Salem Hospital and focused on Medical Ethics and Oncology and ICU patients. After “retirement” and moving to Central Oregon in 2008, Barry served as Administrator and taught courses for the Sacred Art of Living Center in Bend. He now enjoys serving in volunteer capacities with patient care and teaching and facilitating support groups. Like most who move to Central Oregon, Barry and his wife Connie are avid year-round outdoors folks.

Of his interest in VIM Barry says: “To be a part of an organization that doesn’t let the less visible parts of our community go unnoticed and unserved is a privilege. As providing health care services continues to challenge our society, I am grateful to share in the work of the outstanding Board and Staff of VIM."

Fran is a board certified Emergency Physician who has worked in the Emergency Department at St Charles Hospital, Bend, Oregon for the last 17 years. During that time, she served as the Medical Director of Central Oregon Emergency Physicians and more recently as Director of Acute Care Clinical Informatics. She served on the Bend Medical Staff Executive Committee from 2012-2018.

Fran attended Georgetown University for undergraduate studies, obtaining degrees in American Studies and Physics, as well as a MS in Biomedical Engineering. She attended Stanford Medical School and UCLA for residency training in Emergency Medicine. She obtained a Diploma of Tropical Medicine from the University of London. Fran used her training in Global Medicine throughout the 26 years of her Air Force career. She retired as a Colonel from the Air Force Reserves, and looks forward to other opportunities to care for underserved populations both globally and locally.

Erika McCalpine is an instructor in business. Erika served as an adjunct business instructor at the University of Alabama in Tuscaloosa, AL. Prior to entering higher education, Erika spent over 15 years in industry working for companies like AT&T and Fidelity Information Services. Erika has devoted her new career path to enriching the lives of students through teaching subjects like human resources, organizational behavior, leadership and ethics.

While at the University of Alabama, Erika was awarded the Morrissette Award for excellence in teaching Leadership and Ethics as well as the J. Craig Smith Integrity Award. In February, 2019, Erika was named Woman of the Year by Source Weekly for her efforts to raise awareness surrounding diversity, equity and inclusion in Bend. Erika is a member of the Society of Human Resource Management and the National Center for Faculty Development and Diversity.

Dr. Bob Hakala practiced family medicine at Bend Memorial Clinic for nearly 30 years. He is a graduate of Oregon Health Science University (OHSU), completed his internship at Santa Clara Valley Medical Center and returned to OHSU to complete his residency in family practice. During his career, he served as Medical Staff President of St. Charles Hospital, as Chairman of the Executive Committee at Bend Memorial Clinic, and served on the St. Charles Board of Directors for six years. He retired from VIM as one of the clinic's Co-Medical Directors in June 2016 and now volunteers as a medical provider at the clinic.

James Lussier (Jim) is the founder of The Lussier Center/TLC which is focused on performance excellence through the development of optimum governance and leadership approaches that creates a preferred future for organizations. He has served at the executive level and as a CEO in healthcare organizations and provided counsel and training to hospitals and health systems in The Netherlands, Africa, Japan, Canada and the United States. Jim was CEO of Cascade Healthcare Community and St. Charles Medical Center for 15 years.

Jim Petersen is a founder and serves as immediate past Board Chair of VIM. Jim was selected by the Bend Chamber of Commerce as Bend’s Citizen of the year in 2004 for significant and lasting contributions to the Bend Community. In addition to being an active Rotarian, he is a past Board Chair of Cascade Healthcare Community, the parent organization that owns St. Charles Medical Center-Bend and St. Charles Medical Center - Redmond. Jim has retired as an attorney with Karnopp Petersen where he has practiced law since 1980.

Rod Ray, Ph.D. is the former Chief Executive Officer (CEO) at Bend Research, Inc., where he worked for over 30 years. Bend Research, Inc. was purchased in 2014 by Capsugel and is now owned by Lonza. Rod still remains involved as a member of their Scientific and Business Advisory Board. During his time at Bend Research, Rod held numerous positions specializing in the development and commercialization of a wide range of products. He was instrumental in directing the management of large-scale programs to advance pharmaceutical compounds through the development process to commercialization and served as the primary management contact for client companies. In addition to his expertise in advancing pharmaceutical processes and products, Rod has extensive experience in commercializing diverse products for the electronics, energy, medical, agricultural, and space industries. He is currently a consultant and board member for various pharmaceutical and technological companies.